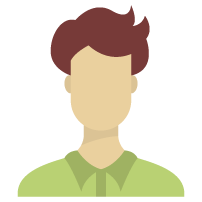 Freelance workers have several challenges to face each year. One such challenge is tax preparation. Knowing what can be claimed as a deduction and what could flag you for an audit will help you protect your financial future. My blog contains all sorts of things that freelance workers should know about their finances and their tax preparation methods. You will learn tips about keeping thorough records and advice that can help you avoid the dreaded tax audit this year and many years into the future. Hopefully, my several years of working as a freelancer and with an accountant will help you get through these difficult months successfully.

Individuals who receive a distribution from a retirement account typically receive a Form 1099-R after the end of the year. A copy of the form is also provided to the IRS. Form 1099-R contains a distribution code without an attached explanation, so it is essential that tax filers examine the code further to ensure that the distribution is reported correctly.

Form 1099-R is used to report distributions from several types of retirement accounts, including IRAs, traditional pensions, and 401(k) plans. The various types of retirement plans, however, have slightly different rules and regulations. For example, exceptions to the early withdrawal penalty vary by account type, so the distribution code is useful in determining eligibility for a penalty exception.

Because Form 1099-R is used for multiple types of retirement accounts, a checkbox is included on the form to indicate whether the account is an IRA. The checkbox is essential because IRA withdrawals are reported separately on Form 1040 from other distributions. There are two adjacent entry lines on Form 1040, one of which is for IRA withdrawals. The adjacent entry line on Form 1040 is used for both traditional pensions and 401(k) distributions.

The IRA checkbox is located within box 7 of Form 1099-R. The only other entry in box 7 is a distribution code. The distribution code may consist of just a single number, or it could be a combination of a number and a letter. Since it is reported to the IRS, the code should accurately reflect the nature of your withdrawal.

The most routine distribution code is Code 7, indicating a normal distribution. Code 7 distributions are generally not subject to an early withdrawal penalty and are simply entered on the appropriate line of Form 1040. Retirement account trustees are usually aware of your age and employment status, so the distribution codes tend to be quite reliable in most instances.

There are two possible distribution codes for an early withdrawal made before the recipient has reached the age of 59 1/2. Code 2 indicates that the account trustee is aware of an exception to the penalty, such as a conversion to a Roth IRA. In contrast, Code 1 is used to indicate that the trustee knows of no penalty exception. However, there are several penalty exceptions that you may be able to claim on your tax return.

After retirement, you are more likely to receive Form 1099-R on an annual basis. Contact an accounting business such as Hough & Co CPA for more detailed information on the distribution codes used on Form 1099-R.